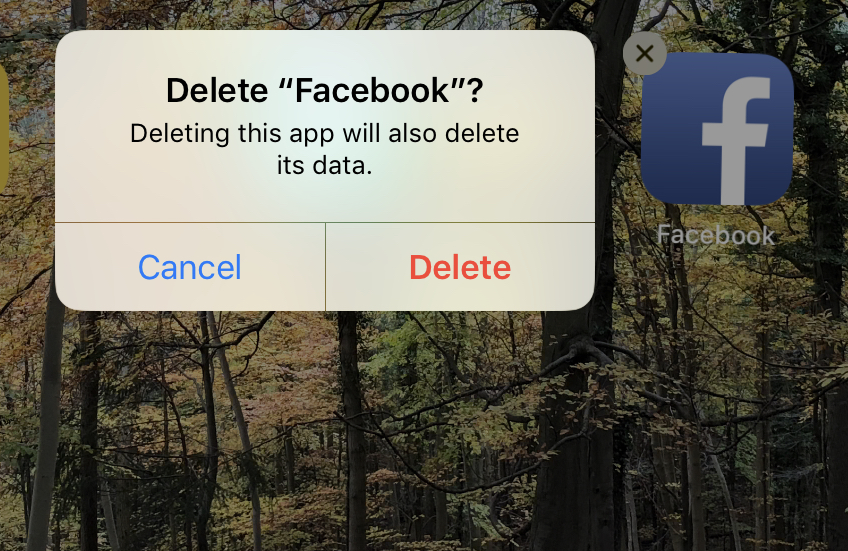 I’ve decided to uninstall the Facebook iOS apps from my iPhone and iPad. I’m not going full-on #deletefacebook. I’ve just decided that I won’t have them on my devices. I’ll still visit the Facebook.com website, and I still use Messenger (though, not nearly as much as I used to), but I’ve decided to…

There are a number of reasons for this:

1. The apps have become buggy

I’ve had trouble with the apps recently. They fail to load content, or content disappears really quicky (I see it once, then it’s gone). I’ve logged feedback/bug reports on this issue 3 times over the last 6 months, but they all get closed with “thanks for the feedback”, and the issue remains.

I’ve been a defender of Facebook for some time. I’ve always figured that if I’m stupid enough to share my personal life with others, on their platform, then I’m inevitibly going to see targetted adverts. The service has utility, and the trade off was that they’d know things about me.

However, there have been a string of pretty bad news reports regarding Facebook recently, and I’m finding it harder defend them. I won’t list them here (you can find them if you want to).

I’m not deleting the apps because of these news reports, but the #deletefacebook movement has certainly been in my thoughts.

My main reason for deleting them is..

Other than holiday photos, I’ve not posted much to Facebook recently. I think this is because my kids are a older now, and the number of times I’m sharing “family photos” has dropped.

I’m not seeing that many updates from my Facebook friends. I’m not sure if this is related to the “apps being buggy” thing, but I don’t see that much new content being posted. I’ll maybe see 1 or 2 new posts per day, and then a bunch of stuff I’ve already seen.

Overall, I’m sort of bored of Facebook. And, having spent 2 weeks without the apps on my phone, I’ve not missed them at all.

I will still post things when I feel it’s worthwhile and read content from friends when I see it.

But, it’s probably going to become something I do once or twice a week. Perhaps I’ll find myself being dragged back into FB at some point.