Hi. I’m Martin Peck. I’ve spent the last 20+ years getting paid for writing software and leading teams of software developers. When I’m not doing that I’m generally doing whatever my family tell me to do.

You can find in these other places:

I also draw and publish cartoons. Some of my creations can be found on sale at Redbubble and Zazzle. 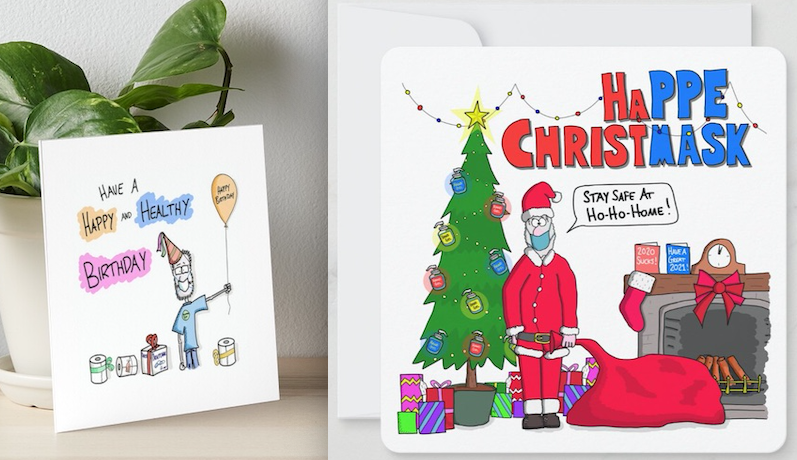 I’ve returned to Microsoft, and I’m currently a Software Engineering Manager at Microsoft, within the Commercial Software Engineering (CSE) team. I manage a team of Software Engineers who work on software projects that have real scale, and high importance, to many of Microsoft’s biggest customers. I also get to contribute to OSS software, write code in lots of languages (Python, Golang, and sometimes…C#), and I don’t have to use a Windows machine. I <3 the new Microsoft!

I was previously the Director of Engineering for a fantastic not-for-profit called Code Club . Code Club’s mission is to help kids learn about writing code and to get them excited about technology in general. Volunteers help run after school clubs across the UK. I happen to be one of those volunteers, running a club in a local school.

Get involved! It’s easy, fun and incredibly rewarding. I run my own Code Club at a local school and it’s one of the highlights of my week.

I have worked for blinkbox (previously part of Tescos) within the blinkbox Movies team and blinkbox Books team.

Within blinkbox Movies I was the Head of Client Device Development. In this role I was responsible for the development of the client apps that blinkbox owned (website, mobile apps, games console and set-top boxes).

In the blinkbox Books team I was Director of Engineering, and helped build an engineering team and launch a brand new eBook service.

Sadly, Tesco sold blinkbox at the start of 2015. blinkbox was full of excellent people, and I loved working there.

I worked for Microsoft, in the UK, for just over 10 years. During that time I worked on a number of projects, but for the last 5 of those years I worked within Microsoft Mediaroom. I headed up a remote dev team in the UK that was part of the San Francisco based product group.

We shipped an IPTV platform that’s used around the world by many Telecoms companies.

Health Warning about Everything on this Site

Nothing you read on this blog, or anything that I write on social media, is written on behalf of the organisations I have previously or currently work for. None of what you read should be considered an expression of their views, or endorsed by them.

At times, some of it won’t even be stuff that I agree with.

This blog is using a modified version of Mediumish, which is an excellent Jekyll theme. I’m using Jekyll to build the blog, and hosting on Github.com. Feel free to take a look.